Despite the increase of materials used and the higher speeds available for 3D printers, there is not much data available on the usable recycling materials. According to a 2017 report by CNBC, nine billion tons of plastic have been produced across the globe since the 1950’s. Approximately nine percent has been recycled. The concern is the additive manufacturing combined with the increased use of 3D printing will fill the landfills. The good news is recycled materials are the most commonly used filament type with the most minimal entry barrier. The optimization of print settings and PLA formulas has made recycled materials the best choice for the average project and creation of home goods for the last several years. The report is attempting to gather more information regarding any other materials. It should be noted PLA is more difficult to recycle because it is a biodegradable thermoplastic. The issue is a closed loop is used to test the sample. This may not provide an accurate representation.

The Details of the Process for Recycled Plastics

The polymer is slightly degraded due to the process of going from the printer to the tensile tester and returning to the printer. There was not much fluctuation in samples recycled numerous times using closed loop studies. The issue begins when plastic is included that has an unknown origin or has been degraded. PLA has more sensitivity to temperature and UV light than ABS. It is difficult to determine what mechanical properties would be established if the material were recycled because it has a better chance of degrading. The current knowledge regarding 3D printed materials is still limited despite the recycling platforms available. These platforms will assist in waste reduction when tested for fit, form or even knick-knacks. There were issues with recycled PLA in comparison to virgin PLA. The recycled material clogged the nozzle. A 3D printer was used to extrude the PLA into shear and tensile specimens. The materials were ground after testing, made into filament and printed again with a 3D printer. The mechanical properties prior to and after recycling remained very similar. The results for the recycled filament were more varied. The nozzle clogging caused by the recycled filament did not occur using the virgin filament. Despite the similar results, more testing for recycled 3D filament is necessary. The additional data is expected to reveal how to create better designs for recycled materials.

PET or polyethylene terephthalate recycles well. After 2,000 cycles, the mechanical properties remained close to the published values for closed loop testing. The results were similar in open loop testing but it was impossible to determine the number of times recycling occurred. HDPE or high density polyethylene is subject to chain scission due to a cross linking of the chains and will degrade. The strength of the material is increased by cross linking. The impact strength showed variations in open loop tests, the material degraded and the impact strength varied. This shows the origins of the polymer must be understood. Recycled batches can be tested and produced and the material may stay in the published values when additives are used. Plastics may be cheap but this process costs money. When the additives and tests are included in the pricing it becomes difficult to remain competitive with virgin plastics. It may be possible to create a Filabot from bottles and print parts. 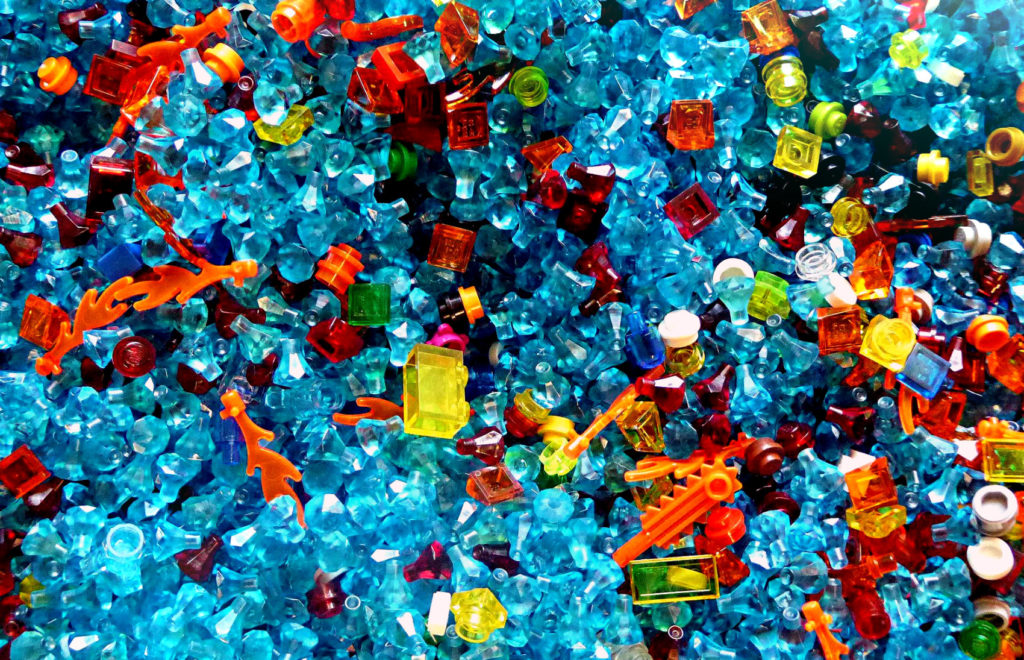 Technology is advancing at a rapid pace. One of the latest advances concerns 3D printing. These printers can be found in living rooms, schools and university labs. Unfortunately, they discard little ends and plastic corners that are increasing the landfills. There are three students at a University in Canada who took exception to all this waste. They created a device called the ProtoCycler. The device was created to grind plastic waster into a plastic filament used by 3D printers. The device uses anything from plastic food take out containers to Legos. The concept is similar to a juicer but instead of strawberries this device juices plastic. The device is good for the environment while saving people money on filament for their 3D printers. These ingenious students have even created more color options than the spools available in stores. This proves yet again necessity is indeed the mother of invention.

Research has established the growth of 3D printing is soaring due to the opportunities it offers. A Dutch company has launched their version with a sustainable and social design to help eliminate waste. They have created a filament actually made from waste. The project originated as Perpetual Plastic over five years ago. Plastic was turned into a substance similar to wire to be used for physical objects. A workshop was run at a local festival, beer cups were turned into amazing items and people enjoyed a sensational experience complete with memorabilia. The Dutch proved the experts were wrong and plastic could be turned into something usable. Filament is usually made from scratch. This company makes it from recycling plastic. Nearly ninety percent of all plastic is not recycled. The filament is made using car dashboards, portions of refrigerator doors and PET bottles. A company called Reflow purchases the plastic, gets it clean then cuts it up. These pieces become the filament used by 3D printers. The profits are being used to provide the waste collectors supplying the plastic with health insurance. This is a social cause that is working incredibly well.

The Quest of the United States Army

Even the United States Army is looking for ways to make PET filament from discarded plastic bottles. Soldiers serving the country in the battlefield will be able to use waste material to make spare parts from 3D printers. The discovery of how to use items such as yogurt containers and milk jugs to make the military more self-reliant, reduce demand for supplies and cut costs resulted from the collaboration of the US Marine Corps and the US Army Research Laboratory. This is a valuable source with extensive possibilities for applications. 3D printers can be used to produce medical implants and temporary parts for aircrafts. The advantages over standard manufacturing include a reduction in cost and time to produce parts. The filament is made using 100 percent recycled plastics and bottles with no additives or chemical modifications necessary. This enables FDM or fused deposition modeling for 3D printers. Once the issues of crystallization, moisture absorption and melting temperature are resolved, additional filaments and plastics can be used. The US Army believes using the waste most often found on battlefields will decrease the need to transport parts to the bases and reduce costs for waste disposal.