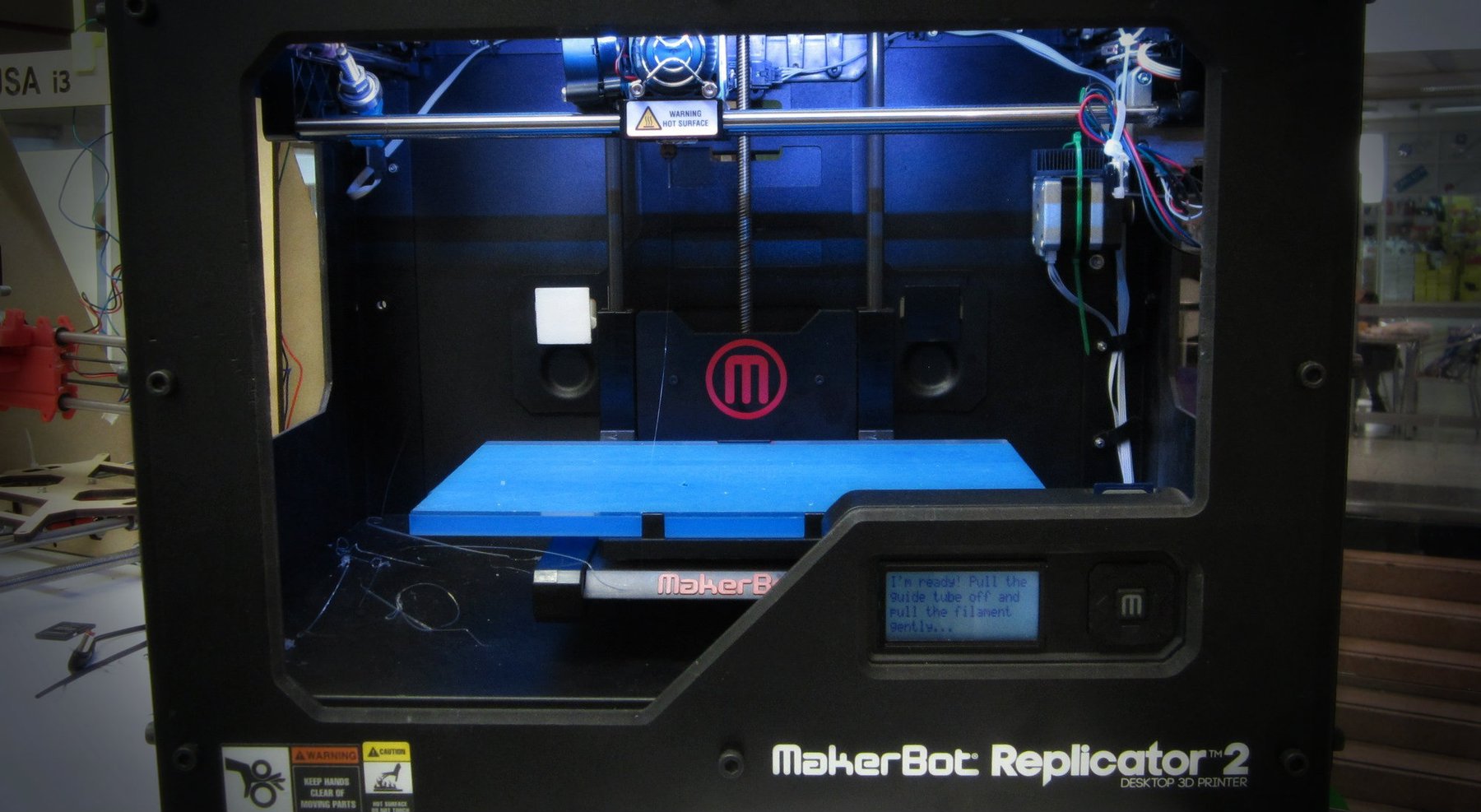 MakerBot Industries, founded in 2009, in New York by Bre Pettis, Adam Mayer, and Zach Smith, was created to engineer and produce 3D printers, using the RepRap 3D printer as their model. Zach Smith was one of the founding members of RepRap Research Foundation, a non-profit program that helped in early research for open-source 3D printers. Bre Pettis, during an art residency in Vienna with Johannes Grenzfurthner/nomochrom in 2007, wanted to create a robot that would print shot glasses for the Roboexotica event and found, while researching, information on the RepRap 3D printer. The MakerBot’s consistent theme throughout their history was shot glasses.

MakerBot started shipping kits in 2009, selling roughly 3,500 units. With demand for the kits being so great, MakerBot owners decided to provide parts for future 3D printers from their own company. Funding for the future printers, was in part provided by Adrian Bowyer, the founder of RepRap, who put up $25,000. The Foundry Group, in 2011, invested $10 million into MakerBot and joined the company’s board. Soon after, Zach Smith was voted out of the company, with 100 employees being laid off around the same time.

MakerBot stocks were acquired by Stratasys Incorporated in 2013. This deal worth $403 million, was based on the share value of Stratasys. With the new deal with Stratasys meant that MakerBot would operate as a brand of Stratasys, providing service for the consumer and desktop market. Bre Pettis, then moved to Stratasys, which left his CEO position open that was later filled and succeeded by Jonathan Jaglom. With Jaglom leading the company, in 2015, he laid off 100 to 500 employees and closed the existing MakerBot retail locations.

The products that MakerBot created was designed to be built by anyone with basic technology skills. The printers were sold as do it yourself kits, with only minor soldering needed. Later designs were closed box products, requiring very little to no construction. MakerBot had several different printer options that could be chosen from. The Cupcake CNC, the Thing-O-Matic, and the Replicator are a few of the options. The Cupcake CNC was made available April 2009. The source files needed to make The Cupcake CNC were made available online, therefore allowing anyone to build the printer from scratch. The Thing-O-Matic was the second kit by MakerBot, shipped with all the upgrades that were made for The Cupcake CNC. The Thing-O-Matic was discontinued in 2012. The Replicator, introduced in 2012, offered more than the Thing-O-Matic. With dual extruders allowing two-color builds and upgraded electronics, an LCD and a control pad were included, this gave the user direct interaction without the need for a pc. There were several revisions of the replicator printer produced after the original replicator. Each time, creating a better version of the one prior.

Importance of Universities and Online Community

The MakerBot printers were mostly purchased and used by universities including University of Maryland, Florida Polytechnic, UMass Amherst, and Xavier University. These universities were seeking to bring the 3D printing to more students and the communities surrounding them. With MakerBot hosting an online community called Thingverse, users could post 3D printable files, document designs, and collaborate on open source hardware. Thingverse being a site that could be used for design files used in 3D printing, laser cutting, and other do-it-yourself processes. The Maker Bot, better designed than the RepRap, was making printing even easier that before. With printing jobs easier than before, 3D printing became more accessible to the everyday consumer as well as provided more cost savings to them. 3D printing was something even the least tech savvy consumer could understand and afford.